Echidnas are a fairly common animal in Tasmania, but often quite shy, tending to partially bury itself when approached. This photo taken December 2010 in Margate, Tasmania. This is one of four species of echidna, and the only one found in Tasmania (and not on the mainland). It is known as the Short-Beaked Echidna (Tachyglossus aculeatus). 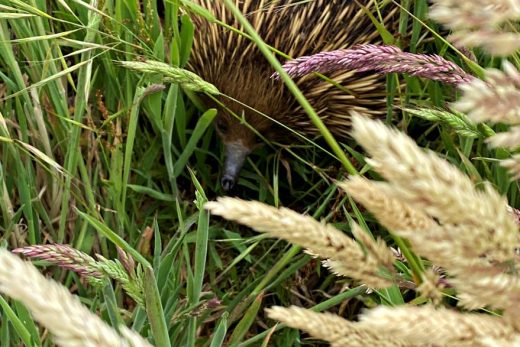 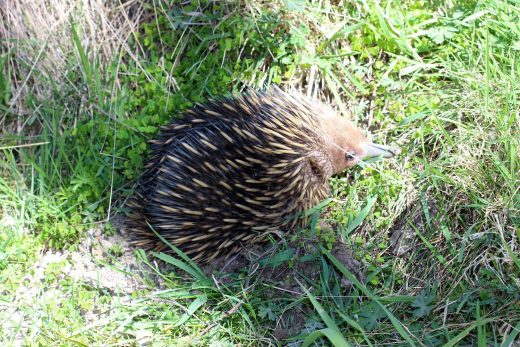 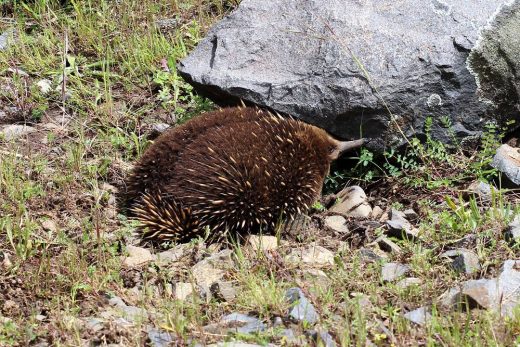